​Excerpt - spite a Plaintiff’s residual capacity to work, full damages will be awarded where no evidence of actual suitable jobs in a reasonably accessible labour market is tendered. 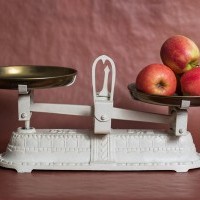 Despite a Plaintiff’s residual capacity to work, full damages will be awarded where no evidence of actual suitable jobs in a reasonably accessible labour market is tendered.

The Plaintiff (Mr Kerney) was a 35 year old Telstra Technician who lived in Kandos NSW, about an hour from Mudgee. He suffered significant injury to his right leg which was shortened causing a noticeable limp. He had ongoing pain and a depressive disorder which fluctuated. He was unable to return to his physically demanding pre-injury job.

Post accident he obtained tickets and licences to operate a variety of equipment. He accepted that he had a reasonable level of literacy and numeracy skills and would be able to undertake light work if it could be obtained, particularly providing he did not either have to sit or stand for lengthy periods of time. He accepted that if it were available sales work in an automotive or machine part selling area or assisting a real estate agent could be possible. He had not found work, but had not looked outside of his local labour market of Kandos, NSW.

“it is not incumbent upon the injured plaintiff to prove what employment he or she is not incapacitated from performing. It is for a defendant who contends that the plaintiff has a residual earning capacity to adduce evidence of what the plaintiff is capable of doing and what jobs are open to such a person.”

Proof of residual capacity to work

The Courts accepted that “the defendants had discharged by their evidence, the obligation to prove that there were occupations in which [the Plaintiff] was able to engage” for up to 15 hours a week including, hire car or taxi radio dispatcher; driving instructor; bus driver; desktop publishing operator; sales representative; or real estate property manager.

The Court then considered “whether the respondent could, as a practical matter, utilise that capacity in order to obtain work in the geographic area in which it was reasonable for him to seek work.” Citing Nominal Defendant v Livaja [2011] NSWCA 121 at [65]:

” … Because an individual has a physical and mental ability to undertake certain tasks, it does not necessarily follow that he has a significant residual earning capacity. Earning capacity must be measured by reference to the individual, when viewed with all his or her characteristics, in the labour market. When a person in middle age has spent all his or her life in a skilled or semi-skilled occupation which, as a result of injury, is no longer available, the identification of occupations which are theoretically available is only part of the task. There must also be a practical assessment of the likelihood of the individual obtaining employment in some such occupation …”.

The critical findings at Trial were that: “[214] There was no evidence of the state of the labour market in the Kandos and surrounding areas… I do not know whether there are more jobs on offer than there are applicants, nor do I know whether there are any employers in that region, who are sympathetic to employing men of [the Plaintiff’s] age who have disabilities. [215] There is no evidence … about the types and numbers of employers, the industries in which they work or operate, and the levels of their operation in the area … … [219] The evidence does not enable me to be satisfied that there is any practically achievable job which he can do on the open labour market in the general area in which he lives.”

That approach was upheld by the Court of Appeal which stated:

“[28] … the appellants claimed that as the primary judge deemed it reasonable for the respondent to travel daily to Mudgee for work, they had discharged their evidential onus by proving that the respondent was fit for the kinds of employment that could reasonably be expected to be available in Mudgee. [29] The first difficulty with this submission is that there was … no evidence from which an inference could be drawn about the availability of particular types of jobs in Mudgee. … [30] Even if an assumption could be made that there would be full-time sales representative, sales assistant and other jobs available in Mudgee, it cannot in my view also be assumed, in the absence of evidence, that there would be jobs fulfilling the criteria applicable to any employment of the respondent.”

The result: The total allowance for economic loss in that case was approximately $1 million.

A defendant’s evidentiary obligation “to establish what the plaintiff is capable of doing and what jobs are open to such a person” extends to showing that jobs within the plaintiffs physical, psychological and vocational capacity actually exist in the plaintiff’s reasonably accessible labour market, and that the plaintiff would have prospects of obtaining such employment taking into account all restrictions.

Elements of a Labour Market Analysis

The second is providing key statistical information about the numbers of people employed in the proposed job or work option in the labour market area, about the associated statistical earnings, employment outlook, and current numbers of job advertisements in that location for those jobs.

The third element is establishing the existence of actual jobs of the kind the plaintiff is fit for within that labour market area and that the plaintiff would have realistic prospects of obtaining such a job through evidence of job advertisements or labour market contacts with employers in the region.

Proving residual earning capacity in civil liability (and other modified common law) cases will always require evidence of the reasonably accessible labour market. A defendant who overlooks this final aspect of their economic loss case may find that a plaintiff with clear residual earning capacity still being awarded full economic loss, so that a small anticipated award can easily become the largest head of damage in a case.

This article is related to: NSW Civil Liability Act

ECA is able to provide you with accurate and reliable assessments in a wide range of areas.

Since 2003 ECA has been dedicated to providing our clients with the highest quality assessment services across a range of areas of insurance and legal practice.

Let us help you make timely and accurate decisions.